What is your Chinese Zodiac Song?, Know your animal? 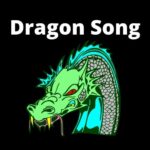 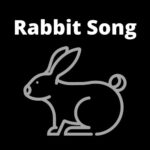 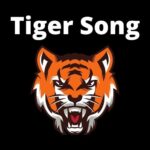 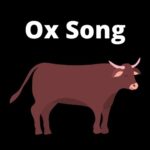 The Chinese zodiac (which literally means the path of animals) was drawn on these supports (lunar calendar and time count): The 12-year cycle was represented with a wheel divided into 12 segments, and around the 6th century AD each segment was fitted with one of the animals we know today. All people born in the same year would share the personality traits bestowed upon them by the animal that ruled that year.

The 12 animals of the Chinese Zodiac represented always follow the same order:

know the characteristics of your Chinese zodiac animal and listen to your song!

To add other variables, each of these 12 years was combined with one of the energies (Yin and Yang) and in turn with one of the 5 elements (water, wood, fire, earth and metal). But as the balance between Yin and Yang had to be maintained, each element would rule 2 years in a row, one as Yin energy and the other as Yang. Thus we obtain the same sexagesimal cycle of 60 years that we have seen: 12 animals x 5 elements = 60 personality types.

Each animal of the zodiac rules for one year.
Each of the 5 elements governs for 2 years.
The Yin and Yang energies rule for one year each.
To find out the animal or sign, the element and the energy that correspond to us, we should consult the main table of Chinese Astrology.

This is a Playlist with all chinese zodiac songs. Enjoy it!

Yin and Yang are the energies that according to the Eastern Thought rule the Universe. None is superior or inferior to the other but they are inseparable. For everything to flow harmoniously both forces must be balanced because if this balance is broken war, disease or natural disasters appear.

Yin is feminine, passive, receptive and oriented towards others.

Yang is masculine, impulsive and with a certain tendency to individualism.

In Chinese Astrology these forces appear alternately every year, one year is Yin and the next Yang, and so on: the odd years will be Yin and the even years, Yang.

Furthermore, each animal of the zodiac will have its own energy: those that correspond to odd years will be Yin (ox, rabbit, snake, goat, cock and pig) and those that rule even years, Yang (rat, tiger, dragon, horse, monkey and dog).

The energy, feminine or masculine, of the year of birth will influence our personality: Yin people will be calm and reflective and in their negative aspect, passive and self-centered. While Yang people will be active and enterprising but also violent and impulsive.

In the Chinese Horoscope Yin animals are never associated with Yang elements, and vice versa. For example, the rat, which is Yang, may express itself differently according to the element that corresponds to it, but it will always be an element in its Yang aspect.

Finally, these energies also influence the 5 elements, as we will see in the next point, softening or intensifying their nature.